Teamwork Training: Getting our Apprentices Connected 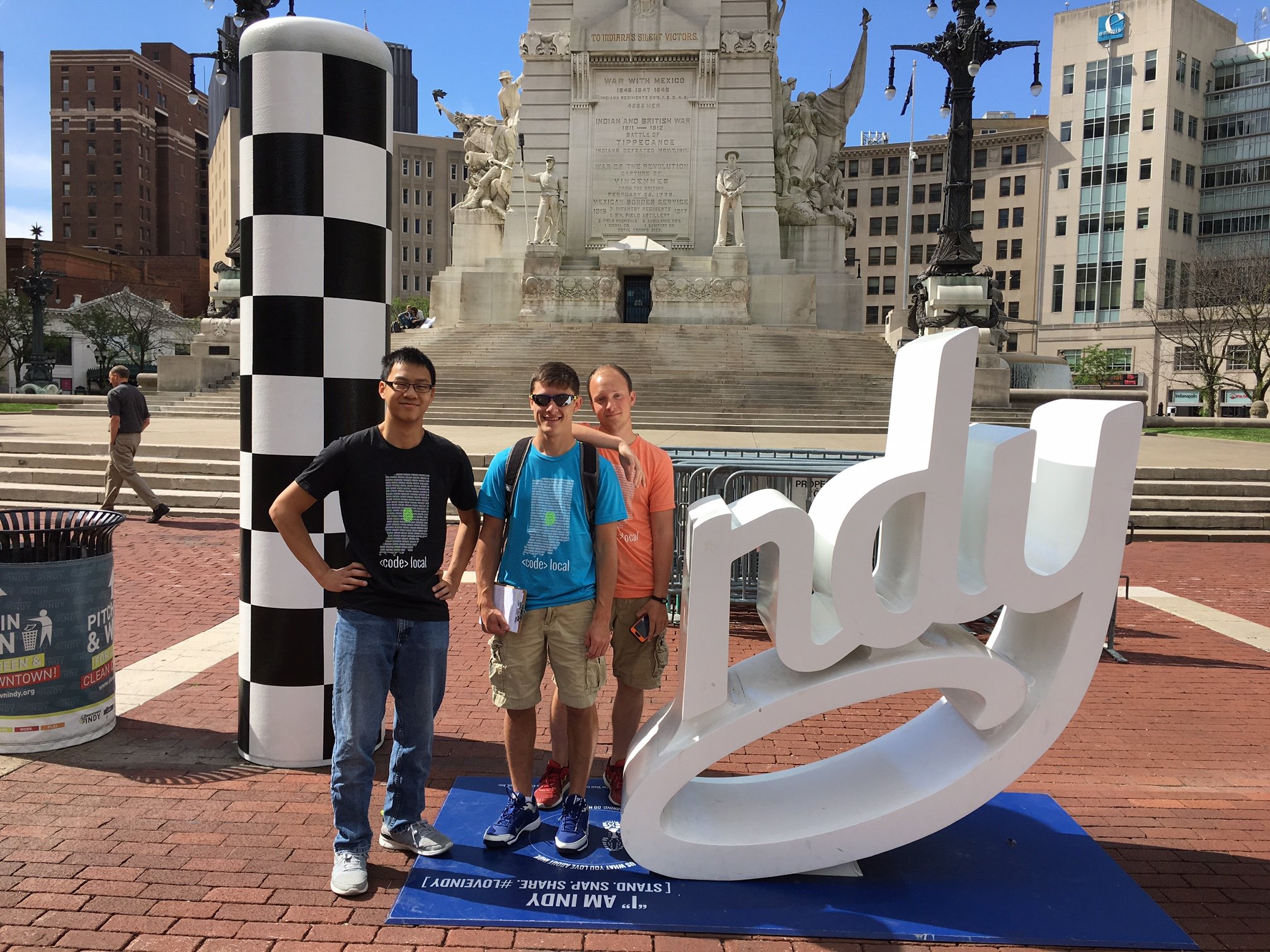 It’s been an exciting week here at EduSource. Our student apprentices have started, and we are in the middle of our apprentice training days!

Yesterday, the students spent the day sitting in a classroom, learning all about how we write software at EduSource. By lunchtime, their eyes were already glazing over. But it’s obviously important and necessary.

What we’ve found, though, is that it isn’t the best way start to the summer. That’s why we have Monday. On Monday, we focus on having fun and building teamwork and community. Here’s what Monday included: 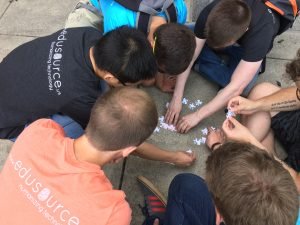 This took all morning. We did our scavenger hunt in downtown Indianapolis, but you can do the same thing in any city (even much smaller ones).

When our apprentices showed up for the first time on Monday morning, we handed them a t-shirt and asked them to change. We didn’t tell them anything. Then we piled the students into various cars and met up downtown. When we got there, we announced the teams that would be working together all summer. Each group was handed a backpack and told that everything they need will be in there. And then we told them that their goal was to find us somewhere in the city.

Inside their backpack was a puzzle. When they put the puzzle together, the students were directed to the first step of their scavenger hunt. From that point, they were off. Eventually, they had to decode a message, count various statues around the city, put together another puzzle, and find the combination for a lock box that finally told them where to meet us for a picnic lunch.

Why bother with all this? One word: Teamwork. We find that pulling students out of their comfort zone and making them work together to solve problems really helps those teams bond. We put a lot of effort into that first morning because we believe it’s the best way to start summer. Also, the students love it. We start off right by having fun.

After lunch, we all went back to the office for some general information. We told the students all about our HR policies and what it looks like to work at EduSource. And then we pulled in our full-time employees for some more team building. In team groups, the employees introduced themselves and told a little bit about themselves. And then we asked them to share the answers to two key questions: 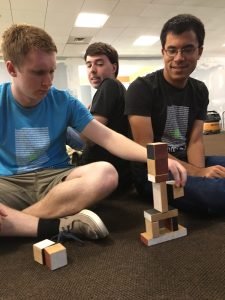 We raced to make it fun. But really the point was team building. We tried three different towers, then talked through the following questions:

We found this idea from Venture Team Building, a website about corporate team building. This turned out to be an incredible activity — fun and chaotic and intentional. 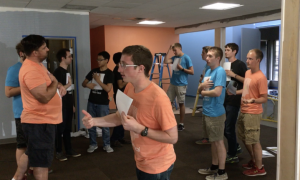 First, go buy the children’s book Zoom. Then choose a sequence of pages equal to the number of people you’ll have in your activity. Finally, create a color copy of each page. And then mix them up. When you’re ready to start the activity, pass one page out to each person. Set a certain time limit (we went for 15 minutes) and tell the group to get themselves in order WITHOUT showing each other the pictures. The employees can only use words to describe the picture, but cannot show it.

It was great fun to see the employees and students figure this out. They figured out that the pictures were zooming in and out within a few minutes. By five and a half minutes, they had gotten everyone in order and were testing their order theory by describing their pictures, one-by-one. By just short of seven minutes, they were sure they had it! So fast! And they were really close – only two pictures were out of order!

This was a really fun activity – I would recommend it highly!

That’s what our first day of apprentice training entailed. If you have an intern program, I would encourage you to start the summer with some fun team building, too!